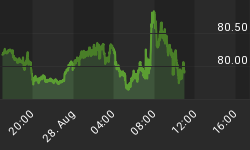 Given the action on the Banking Index in the past week, it is only fair that I post an update on this index today.

The Banking Index has been one of those fascinating charts that has been amazing relative to support and resistance levels.

Last Tuesday, we pointed out that: "The Banking Index was testing its triangle's May/June support level. A breach of this support could have serious downside implications for the Banking Index".

What happened? The Banking Index broke below the support and that breach only lasted minutes and then moved back up. Does that count as a support break? It counts as an infraction against the Bulls, kind of like a "dent" on the side of your car lessening some of its value.

Yesterday, the Banking Index did the opposite ... it moved up to the triangle's resistance line and then closed above it.

Did that count as a strong upside breakout? No ... it had more behind it than the downside breach, but it was not a condition with any impressive strength. With that said, it could still make its way up to the 37.90 level ... and what happen's after that would be important.

What did I previously tell our Advanced Subscribers? I said: "I would be a little suspicious if we break to the upside because we had a brief downside breach of the support last week. That just says that there is a serious battle between the bulls and bears that needs to be resolved. Let's give this some breathing room to see if yesterday will hold."

This is a complicated battle and it is not over ... keep an eye on it, its symbol is $BKX.