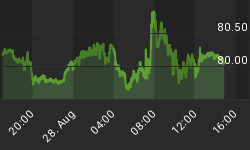 The Extinction of Retirement

For the better part of a century the foundations for a semi-comfortable retirement for many Americans have rested on the financial pillars of rising real estate and equity prices, positive real interest rates on savings, the continued solvency of public and private pension plans, and the reliability of national entitlement programs (Social Security, Medicaid). But in the last few years, the economic sands have fundamentally shifted and these pillars are no longer sturdy, some have cracked completely. For many Americans, the traditional idea of a comfortable retirement, filled with golf carts, cruises, and fishing trips, is going the way of the dodo bird.

Over the last decade incomes and job growth have stagnated, causing savings rates to drop. According to Jim Quinn author of the Burning Platform, 60% of retirees have less than $50,000 in savings. Such sums won't last very long, especially when consumer prices are up 3.2%, import prices are up 12.5% and commodity prices are up 35% year over year. What's worse, any savings placed in a bank will pay next to zero interest and will likely not even pay for the fees associated with the account. With cash savings essentially non-existent, the other pillars of income take on paramount importance. But these former bastions of financial security are being washed away by a torrent of red ink.

For years the essential Ponzi-like structures of Social Security and Medicare were concealed behind positive demographics. But once taxes collected from current payers fall short of the required distribution owed to current recipients, the ruse will be laid bare. That day is now in the foreseeable future. With insolvency a real and present danger, at least a consensus is now forming that Social Security must be structurally altered if it is to survive.

According to the Social Security Administration, in 2008, Social Security provided 50% of all income for 64% of recipients and 90% of all income for 34% of all beneficiaries. With these numbers, it's not hard to see how even small cuts will spark big protests. Now try cutting the $20 trillion prescription drug program and the $79 trillion Medicare entitlements and watch the political sparks fly! However, given the realities, it's hard to see how the program can escape deep cuts.

In the past many retirees could count on accumulated stock market wealth to help fund retirement. Not so much anymore. As of this writing, the S&P 500 is now no higher than it was in January of 1999. For over 12 years the major averages have gone nowhere in nominal terms and have declined significantly in real (inflation adjusted) terms. The dreams of becoming rich from investments have crashed along with Pets.com and Bernie Madoff. Then there is always the supposedly safest asset of all-a retiree's home.

Despite a misguided faith that real estate prices could never fall, they have done just that...with a vengeance. According to S&P/Case-Shiller, the National Home Price Index has declined some 30% to levels not seen since the middle of 2002. And prices are still falling, with the rate of decline accelerating. The National Index dropped 4.2% in Q1 of 2011, after dropping 3.6% during Q4 2010. This means that only those retirees who have owned their homes for at least 10 years have any hope of selling at a profit. Ownership of significantly longer periods may be needed to have built up significant equity.

That leaves public and private pension plans. But here again there are serious issues. Let's just look at state public pension shortfalls. According to the American Enterprise Institute for Public Policy Research, "States report that their public-employee pensions are underfunded by a total of $438 billion, but a more accurate accounting demonstrates that they are actually underfunded by over $3 trillion. The accounting methods that states currently use to measure their liabilities assumes plans can earn high investment returns without risk." Huge returns without risk? Bond yields are the lowest they have been in nearly a century! What world are these states living in? With few options, the states will undoubtedly look to the Federal government (taxpayers) for a bailout. Failing that, cuts are inevitable.

The sad facts are; Americans are broke, the real estate market is still in secular decline, stock prices are in a decade's long morass, real incomes are falling, public pension plans are insolvent and our entitlement programs are structurally unsound. If the pillars that seniors have relied on in the past fail to miraculously regenerate (and there is certainly no reason to believe they will), all that most retirees will have will be freshly printed greenbacks that come from a never ending policy of federal deficitsand an obliging Federal Reserve. Unfortunately, the inflation that will result from such a policy will sap most of the purchasing power that those notes possess. In other words, for most people retirement is now an illusion, and many Americans will find themselves working far longer, for far less real compensation, then they ever imagined. The quicker we realize this, and plan accordingly, the better off we will be.

Investing in Gold and Silver During Inflation, Stagflation and Deflation?