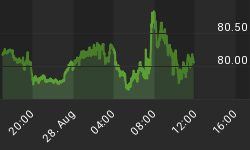 After spiraling downwards along with other emerging-market currencies, Brazil's currency, the real, climbed sharply on Friday trading, gaining nearly 6 percent in a matter of hours just ahead of the G7 meeting to be held in Quebec on June 8-9 before tumbling backward over the weekend. 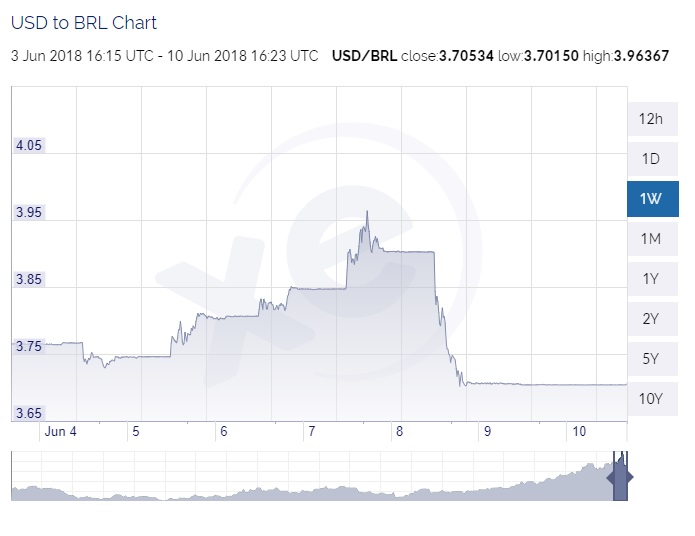 President Trump has been urging European nations to reinstate Russia into the G7 fold after it was given the boot from the former G8 following its annexation of Crimea in 2014. EU members, however, are strongly opposed to the idea.

The move by the Brazilian real has helped the world's worst-performing currency to pare back some of the heavy losses it has suffered this year. The BRL/USD pair is, however, still down 12 percent in the year-to-date and 40 percent since January 2014.

Whether the real will be able to consolidate those gains remains to be seen.

Brazil's real has looked particularly vulnerable after failing to react positively to intervention by the country's central bank. The real has continued its deep slide even after policy makers sold $2 billion of foreign-exchange swap contracts on Thursday in a bid to prop up the currency, nearly 3x the daily offer of $750 million. Related: 5 Cool Ways Walmart Is Improving The Shopping Experience

The real fell to as low as 3.9468 per dollar on Thursday, a level last seen in 2016. The sell-off has triggered repercussions in other markets, too, as Brazilian stocks also tumbled.

Brazil's central bank has intervened twice by selling US dollar swaps, which is effectively a bet against the greenback in favor of the Brazilian currency. This has led to the stock of outstanding swaps increasing sharply--44.5 percent since end of April.

Traders are betting that the bank will continue increasing swap auctions or selling dollars directly into spot FX markets in the short-term.

But those short-term interventions are unlikely to give any long-term relief.

Brazil will probably be better off taking the lead from its emerging peers including Turkey, Argentina, India and Indonesia, which have recently increased borrowing costs in a bid to shore up confidence in their currencies and stem capital flight.

Unfortunately, the situation is complicated by the fact that the public doesn't seem willing to take its bitter medicine now as populist politics rather than pragmatism continue to rule the day.

The real has been suffering amid bearish expectations for Brazil's economy and, more importantly, uncertainty ahead of the country's October presidential elections. The market still remains skeptical whether the winner of the October elections will implement the much-needed, but unpopular, fiscal reforms that will set the stage for a recovery.

The real is in good company, too. Investors rattled by everything from end of central bank stimulus programs to trade wars have been picking apart vulnerable emerging market currencies including the real, South Africa's rand, Argentina's peso and Turkish lira. Meanwhile, sovereign bonds have beaten a hasty retreat while the MSCI emerging-markets index plunged to a 3-week low.

Specifically, currencies of countries with large current account deficits and short-term external debts appear most vulnerable. It appears as if investors are busy moving funds from weak emerging markets to U.S. assets. That should help to further bolster an already stronger dollar.