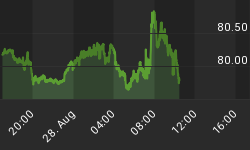 The tide is turning in the U.S. marijuana industry, with fundamental shifts happening in American politics and society to finally make marijuana legalization for recreational use a reality--sooner than many might think.

For New York state residents, lighting up legally could happen as soon as the coming year.

A multi-agency task force appointed earlier in the year by Governor Andrew M. Cuomo has delivered its verdict: that the positive effects of pot legalization in the state outweigh any potential negative impacts.

Cannabis legalization advocates expect Gov. Cuomo to call on the legislature to decriminalize recreational weed use during his first budget address in 2019, with his spokesman, Rich Azzopardi, telling NBC that the drafting process was already underway.

New York's own Democratic governor has not always been on board when it comes to cannabis legalization. In 2017, Cuomo labeled marijuana a "gateway drug" that can make it easier for people to get into harder narcotics. Since then, a lot has changed--and so has his attitude.

Assembly Health Committee Chair Richard N. Gottfried has said the current prohibition model is broken and needs to give way to a sensible tax-and-regulate model. "Continued criminalization does not prevent marijuana use but destroys the lives of thousands of people a year and creates an illegal drug market that costs millions of dollars in law enforcement and other resources while disproportionately affecting minority communities," he said.

"I look forward to working with the Governor and the new Senate leadership on legislation to correct this historic abuse of the drug war."

New York state legalized medical marijuana to a very limited category of patients in 2016. Cannabis use, however, remains illegal in the U.S. under federal law, with nothing much having changed since California became the first state to give the nod for medical marijuana in 1996.

However, there are several practical, legal and resource factors that limit federal governments’ ability to enforce the prohibition.

Drug enforcement is generally tough without local state support. When a state like California legalizes recreational marijuana use, local law enforcement is left with little choice than to stop enforcing the prohibition. In general, federal governments go along with the local approach. Related: The Science Behind Melting Gold At Room Temperature

Similar to Canada, support for legalization in the U.S. has grown tremendously over the past two decades. There are many factors that are behind this trend, but possibly the most significant has been the rise of medical marijuana, which has changed voter perception to the drug.

Public support for legalization of recreational marijuana was at 25 percent in 1996, but an October 2017 Gallup's national survey showed that 64 percent of U.S. citizens now support legalization. Support for medical marijuana is almost universal—94 percent according to an April 2017 Quinnipiac University poll.

Support has grown because consumers of medical marijuana are not the counter-culture hippies that have been demonized in the past. Cannabis has been indicated for a variety of chronic and life-threatening conditions like cancer, epilepsy and PTSD.

History was made in June this year when the FDA approved GW Pharmaceuticals’ (NASDAQ:GWPH) Epidiolex for the treatment of severe epilepsy, making it the first ever marijuana-derived drug to receive a stamp of approval from the regulatory body.

Both sides of the political divide are strongly in support, with 51 percent of Republicans, 72 percent of Democrats and 67 percent of Independents favoring legalization. Broad political support can greatly expedite the process.