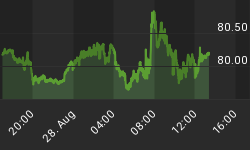 Why the Gold Standard is HISTORY

During the past year or so, I have been leaning alternately toward a renewed gold standard, then against it, then for it again, and now the pendulum swings back again.

Is that indecision? Maybe. I prefer to call it learning.

Maybe we all should 'vacillate' back and forth a little bit on this subject, so we can collectively come out with the right answer. For, what's the use of 'sticking to your guns' if the guns are threatening to explode in your face - or if there are no bullets in them?

One of the most persuasive arguments against reintroducing the classical gold standard is the fact that we are now no longer on it.

That's right. Because we are not now on a gold standard, we should not try to return to one. Why is that so? It would only put us back in to the very same position we were in during 1933 and 1971, respectively.

Gold standards - of whatever kind - are legislative creatures, or creatures of treaties. In short, they are creatures of governments and, as any red-blooded economist of the Austrian persuasion knows, anything government touches gets screwed up somewhere along the way. Although gold is of course far more "real" than fiat, an argument can be made that the gold standard is as much a legal fiction as a corporation - or as so-called "legal tender" - precisely because it, just like a corporation, is a creature of the state.

How could any gold advocate say such heretical things?

Easy. It's simply a matter of realizing the following:

What happened while we had a gold standard? Every time a new war came around and we (i.e., our government) had to pay for things we (it) didn't have the money for - out the window went the gold standard, and in flew the fiat-virus.

So what good is a gold standard if it does its restraining work on governments and central banks only at the good graces of the State? It's like saying: "Yes, I'll agree to be bound by this contract until I no longer agree to be bound." It's worse than useless; it's an illusion of stability.

Just as useless are attempts to convince the "gub-mint" to let us have a gold standard again. If it doesn't suit them (and it doesn't), then they won't. Period!

Still thinking about writing your Congressman to vote for Ron Paul's bill next time around? Maybe in ten or twenty years there'll be a chance - but then again: maybe not. Or maybe the impending economic catastrophe will convince enough people in high places to involve gold again in some form or fashion to lend some of its stability to the currency situation. But if these highly-placed elitists do that ( and that's an "IF" with a capital "I" and a capital "F") they can also change their minds again.

So what about a parallel currency, pretty much like what's going on right now with online digital gold currencies, except in physical bullion coin format? Would that be better?

Well, maybe. But there are a few things to consider beforehand.

First of all, the State has the prerogative of declaring what is and what is not "legal tender." A bullion currency cannot compete or interfere with the State's prerogative in that regard.

Under the US Constitution, Congress also has the exclusive power to"to coin Money, regulate the Value thereof, and of foreign Coin, and fix the Standard of Weights and Measures." Does that mean a private individual or association of individuals cannot agree to accept or not accept something of value in trade for something else?

No. Fortunately, it doesn't mean that. That case was opened and closed by the "Liberty Dollar" introduced by an organization called "Norfed." The Liberty Dollar is a partially silver-backed paper-currency in circulation among a fairly sizeable but loose association of individuals and merchants. No legal challenges were launched by the government. In fact, representatives of several authorities have declared that the activity is entirely legal and does not interfere with any government prerogatives.

What then, should prevent the circulation of a gold (or silver or copper) token that has a precise set of dimensions, weight, and fineness, but does not purport to be a "coin" of the United States? If such a "token" were to be called a "one ounce" (or "ten grams" or whatever) piece of gold or silver, and was commonly accepted and circulated as such among private individuals, and was referred to only as a "barter instrument" for example, then where would the problem lie, at least as far as the legality of its production, use, and distribution/circulation is concerned?

For, gold, we ned to remember, is not just "money". It is in fact the ultimate barter instrument, which is the very reason why it functions so well as money. Gold is value in and of itself, and therefore a perfect barter object. It's just that as a barter object it is so liquid, and has such a high use-value in that function that its desirability does not decrease after a certain point with each additional unit held (i.e., what Prof. Antal Fekete calls its "constant marginal utility") that people like to use it as money - even though it is value in and of itself.

Leaving aside for the moment the logistical problems of how to get such a medium into wide enough circulation, and to get merchants and producers, etc. to accept it, and the difficulty of making it available for people and get people to use it, what would be the advantages of such a parallel bullion currency?

Advantages of a Parallel Bullion-Currency System

Yeah, But What About Confiscation?

If such a parallel currency was even remotely successful, wouldn't the government have an incentive to "nationalize" all private gold holdings so the competition with its own fiat system is removed from the face of the earth?

Yes, it would have such an incentive - but the currency deterioration we all expect has almost exclusively external causes - causes that no domestic confiscation efforts would have the power to remedy, or even affect in any substantial way.

When the dollar is crashing against all other currencies because of US trade and other imbalances, and because the world now has the euro as an alternative, international dollar demand will drop. That means foreigners will divest themselves of dollars in increasing quantities - dollars that will circulate back into the US because now there are less foreign governments and individuals willing to hold them.

This returning flood of dollars will not be influenced in any material way by a domestic US gold confiscation effort. Besides, in the early stages of a privately initiated, market-based re-monetization of gold, probably for years to come, the vast majority of Americans still will not hold a sufficient amount of gold to make any "confiscation" efforts lucrative enough to be worth the government's time.

By the time enough people do own bullion in the US, the dollar will have been devastated to the point where even the most gold-adverse administration will very likely prefer having ANY viable medium of exchange in circulation here. Bullion is at least more under their control than, say, a black market in foreign currencies like the euro - or even the yuan!

An Implementation of the Euro's "Philosophy"

The beauty is that all of this would be supported by the very concept under which the euro fiat system was developed: a bifurcated system under which the fiat-price of gold is allowed to run free, with the goal in mind that gold will crystallize to become the primary savings-medium, while fiat will be the primary spending-medium.

In fact, a gold/silver barter token infrastructure would be the ideal implementation of that very principle. It is very possible that - eventually - after all the dust has settled, after all the societal and market upheavals inevitably associated in the righting of a structure that has become as lopsided as our current international money system, that bullion will not be spent but saved, and that whatever fiat remains will not be saved, but spent. To have your savings available in an easily spendable coin-type format is just an added boon - but a very important one to making this system become a reality.

A Market-Based Solution to Government Largesse?

Naturally, such a system entails something that most governments today are not willing to even entertain: a situation where governments can no longer rely on their ability to cheaply borrow money by issuing low-interest bonds to an unsuspecting public that believes it can "save" money (preserve buying power) that way. Fiat-denominated bonds will carry no or little trade-in value when the world saves its income in bullion rather than fiat. To lure people out of bullion and into fiat, governments would have to offer a horrendous interest rate - something that makes continued borrowing impractical to them.

Wouldn't that be nice? A market-based solution to government largesse! My oh my, who would have thought?

So, would that mean that governments the world over would always fight any such attempts? You bet. The only thing is that, in a crashing currency environment, it would be an impossible thing for them to prevent. And, as is evidenced by the fact that the euro was actually successfully implemented, there are a number of world-system "architects" out there who understand that the current mess is inherently untenable, and who understand that having somewhat less power to manipulate at will is by far preferable to a systemic crash of the entire structure where none of them will have any power left.

It's better to give up some power - and so preserve at least some of it - than to try and cling to the idea of retaining "all power" and in the process lose everything! It seems the brightest and most influential "architects" out there have recognized that.

To help make this market-based solution to the impending dollar-crash a reality, it would be great to get all of the world's gold currency experts to put their heads together, iron out all of the wrinkles in this and other proposals, and let the best ideas rise to the top - which I am hereby inviting them to do.

Some very practical methods for actually implementing such a system already exist, but the theoretical groundwork must be laid first.