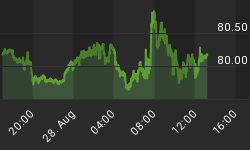 Bullish and Bearish Developments in Gold

For those weighing up the pros and cons of making a gold investment this year there were both bullish and bearish signals.

Here are some highlights that caught BullionVault's eyes (and ears) at this week's launch presentation:

GFMS expects gold investment demand to be the main driver of gold prices this year, as it was in 2011. Furthermore, the consultancy expects investment demand for gold to set a fresh all-time high of close to 2000 tonnes in gold bullion terms.

A key driver of gold investment, says GFMS, is likely to be ongoing loose monetary policies adopted by the world's central banks.

"A corollary of all this monetary largesse," says GFMS's global head of metals analytics Philip Klapwijk, "is fears about resurgent inflation, and that becomes all the more likely if oil prices motor higher should tensions get any worse between Iran and the US."

On a global level, combined demand for coins and bars was 1543 tonnes - a 30% gain on 2010, and a new all-time record. Indeed, the majority of gold investment in 2011 took the form of physical investment, GFMS says.

The significance of this is that investments in physical gold tend to represents "stickier" investments than other forms of getting exposure to the metal (for example buying gold futures) - meaning it would probably take more for such investors to exit the positions they've built.

That said, there is obviously a limit to most investors' stickiness. A lot will depend on whether, as GFMS expects, the economic environment will continue to be supportive of gold investment, with negative real interest rates and fears of inflation prevailing in most parts of the world.

On a global level, scrap supply fell by around 50 tonnes 2011 - equivalent to almost two thirds of the year's gold mining production growth. This was the second consecutive year-on-year fall for scrap supply.

North America and Latin America meantime posted modest scrap supply growth. East Asia and the Indian subcontinent meantime saw scrap supply fall, as did the Middle East, where it dropped by over 100 tonnes.

Although GFMS says it expects scrap supply to rise this year, another traditional source of supply - central banks - is expected to be absent (see below). GFMS points out there was a "secular increase" in supply from scrap, producer hedging and official central bank sales between 1987 and 1999 - a factor which it reckons contributed to the lackluster gold price during that period.

By contrast, supply from these sources has been flat since 2000, despite a sharp jump in scrap supplies at the onset of the financial crisis. This period in flat supply has broadly coincided with gold's bull market.

GFMS expects central banks to remain net gold buyers this year, although there may be a slight dip on last year's figure, with net official sector buying having risen 491% year-on-year in 2011.

The swing to net buying by central banks is a key factor behind the flat supply picture of recent years that was noted above. Signatories to the Central Bank Gold Agreement have made what GFMS calls "trivial sales" in recent years, while emerging market central banks have been buying gold in significant quantities.

Worldwide gold mine production rose for the third year running in 2011. Last year saw an annual gain of 2.8%, or 78 tonnes.

New gold mining operations contributed 47 tonnes of supply, while Africa was the region that saw the strongest growth, increasing production by 51 tonnes (despite its largest player, South Africa, seeing a five tonne drop).

Gold mine production has entered a "new era", Klapwijk told the London launch, with GFMS expecting a further 3% growth this year.

Rising mine supply contributes to what GFMS terms the gold market "surplus" - the difference between combined mining and scrap supply and fabrication demand (jewelry plus industrial uses).

GFMS estimates that this leaves a "surplus" of gold supply equivalent to around 110 tonnes. Gold investment therefore needs to take up that slack.

At current prices "purchasers of bullion need to take gold to the tune of $130 billion out of the market for it to clear," said Klapwijk this week. One attendee at the launch asked whether there might be a case for saying many western investors are now overinvested in gold.

Klapwijk agreed such a case could be argued, and that many wealth investors interested in gold have probably already built their positions. He also pointed out that institutions such as pension funds and sovereign wealth funds - where gold investment remains relatively rare - could still offer some scope for growth.

For much of the 1980s and 1990s, gold miners would hedge their price risk by selling future production forward to lock in the current price, adding to current supply and putting downwards pressure on the gold price.

This process went into reverse as the bull market got underway. With gold prices rising, producers began to de-hedge, buying back positions and thus contributing to gold demand.

Measured as the total outstanding forwards and loans, plus gold options positions weighted according to their sensitivity to movements in gold futures (i.e. an option's delta), producers' overall hedging position last year was equivalent to 157 tonnes of gold bullion. Last year was the first year in over a decade that net hedging was positive, the producers in aggregate adding six tonnes to their combined position.

By contrast, hedging positions were equivalent to around 3000 tonnes in 1999 and 2000. Most of the de-hedging - which contributed to the demand side - appears to have been done.

"[Producer hedging] cannot be a source of demand in future," said Klapwijk.

"It can only be a source of supply. The question is: how much supply?"

Klapwijk noted, however, the most of the hedging seen last year appeared to be related to specific mining projects, adding that there seemed little appetite for strategic hedging against a fall in gold prices.

Gold jewelry fabrication demand fell 2.2% in 2011 - though given the rise in gold prices, the fact that the fall wasn't larger led GFMS to describe this source of demand as "resilient".

The bulk of fabrication demand was again accounted for by developing countries, where gold jewelry is often bought for investment as much as adornment purposes.

Although most of the world's regions saw a fall in gold jewelry fabrication in tonnage terms, there was a slight gain in Russia and more significant growth of around 40 tonnes in East Asia, which "boils down to China" said Klapwijk.

The Outlook for Gold Prices

Klapwijk adds that "a push towards $2000 is definitely on the cards before the year is out, although a clear breach of that mark is arguably a more likely event for the first half of the year".

Of course, short-term gains are not the primary reason most people make a gold investment, especially not those buying gold in physical bullion form. From developing nations in the East to the quantitatively eased economies of the West, people are turning to gold as a vehicle for defending the value of their wealth and an insurance hedge against tail risks.

The dynamics behind most gold investment will continue to play out well beyond the end of this year.

Of Debt, Gold and Okun's Law