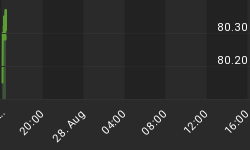 America’s fourth-largest bank, Wells Fargo & Co, earned itself the dubious distinction in 2016 as one of the most scandalous financial institutions in the land after it emerged that it had systematically opened millions of fake accounts for its clients. Twenty-three months later, the bank’s reputation has continued to sink amid a steady stream of scandals; and now it’s a shakeup.

And now, the man who replaced the CEO who oversaw much of the rot has become the firm’s fall-guy. Wells Fargo CEO and President Timothy J. Sloan has written to the board and informed them of his decision to immediately step down and then retire from the company, effective June 30, 2019.

Sloan,58, was appointed CEO in October 2016 after his predecessor, John Stumpf, resigned amid intense backlash following the infamous scandal. Sloan, however, has struggled to improve the company’s standing in the eyes of the public, with Congress and politicians constantly breathing down his neck.

Last year’s $2-billion fine by the Department of Justice for sale of faulty residential mortgage loans that led to the foreclosure of hundreds of clients was probably the biggest shocker under his watch, though it dates back to well before his reign.

Sloan will be replaced on an interim basis by the company’s general counsel, C. Allen Parker. Parker, 64, is a lawyer at one of Wall Street’s leading law firms. He was one of more than 10 senior hires that the company brought from outside as it sought to clean up its tainted image.

Wells Fargo shares are down 2.2 percent a day after the development.

Cleaning up the mess

To his credit, Sloan did manage to overhaul the bank’s incentive system and cleaned up much of the former mess by ousting as string of middle-and high-level managers.

Sloan launched a campaign dubbed ‘Re-Established’ that laid out the bank’s commitment to doing things right and even publicly apologized for its former transgressions. He is credited as having centralized risk, compliance and human-resource functions and also set up a unit that oversaw staff conduct and ethics. He overhauled the board, with Betsy Duke , former Fed member of the Board of Governors, serving as independent chair. He even frequently traveled to Capitol Hill to face lawmakers and their tough questions and also update them on the bank’s progress.

Sloan earned props from his own board for tightening internal oversight, unearthing and fixing many past problems. Just a week ago, the board reiterated its full support for the fallen CEO.

You can read a comprehensive list of Wells Fargo’s past scandals here.

Yet, he was probably doomed to fail right from the start. Although he was not directly responsible for overseeing retail operations that created the 3.5 million customer accounts without their consent, his 31-year tenure at the firm made it difficult for him to extricate himself from a culture that allowed such grievous misdeeds to thrive.

Sloan has had to contend with hostile lawmakers who felt he was not doing nearly enough to fix the deep-rooted malaise at the 166-year old bank. He’s had to face a litany of calls for his ouster, notably from Democrat presidential candidate, Senator Elizabeth Warren.

The pressure from politicians has been unrelenting. Democrat Maxine Waters said he should be fired and denied a bonus during Sloan’s most recent appearance before the House Financial Services Committee. Fed Chair Jerome Powell together with the Office of the Comptroller have expressed alarm at the ‘deep problems’ at the bank and the lack of sufficient measures to address them.

Interestingly, fellow board member, Warren Buffett, has been one of those who have celebrated Sloan’s resignation: “About damn time,” Warren wrote on Twitter. “He enabled Wells Fargo’s massive fake accounts scam, got rich off it, & then helped cover it up. Now -- let’s make sure all the people hurt by Wells Fargo’s scams get the relief they’re owed.”

The fact that Wells Fargo shares have actually sunk after Sloan stepped down tells you the market probably recognizes that the problems at the bank are systemic and not something that politics can resolve. The shares have cratered 21 percent since January 2018 and gone practically nowhere over the past five years: 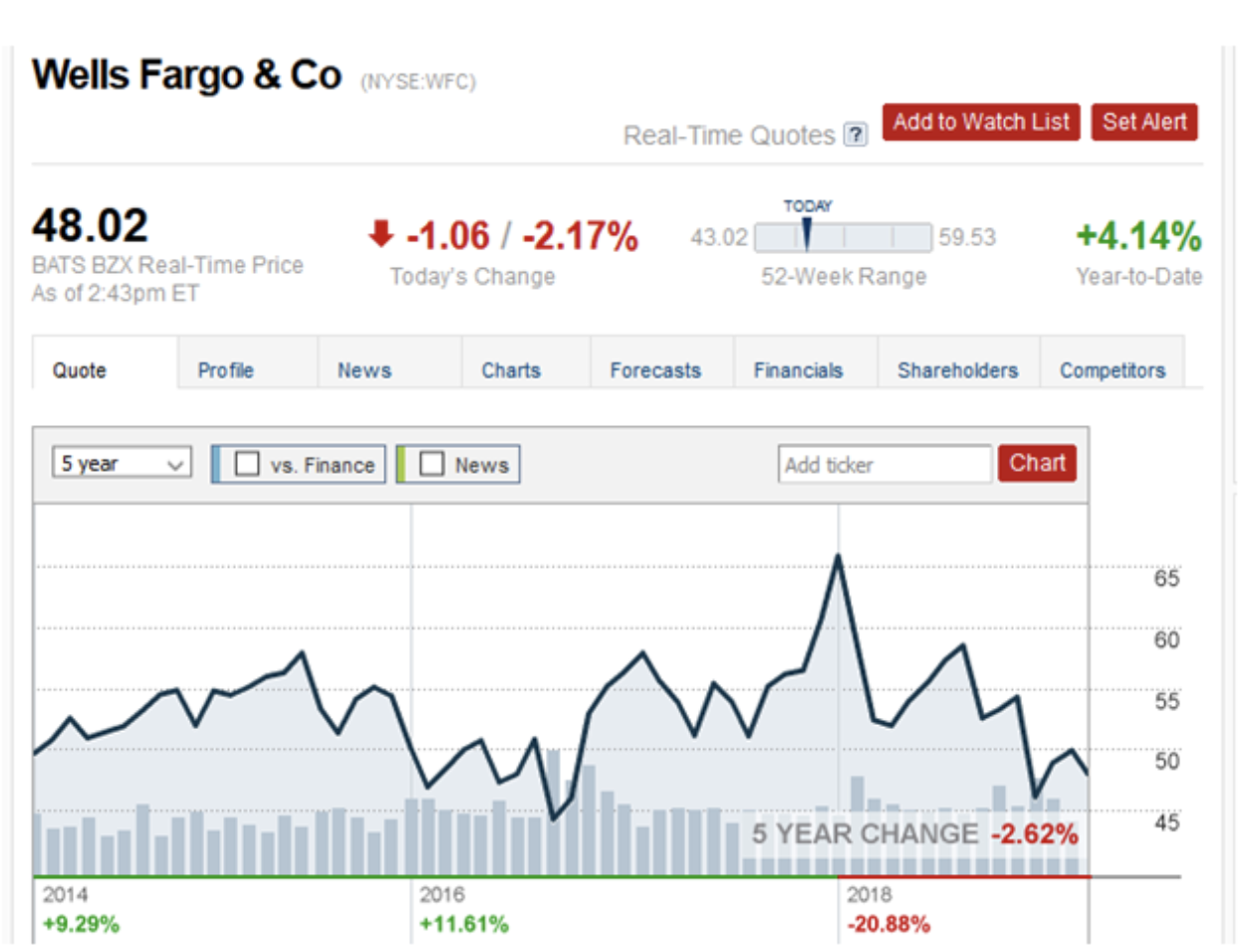 Despite making some progress in its image cleanup campaign, Wells Fargo is far from being out of the woods. Past workers say the same culture that pushed them to commit fraud remains alive and well.

Meanwhile, the company remains under an asset-cap constraint by the Fed which prevents it from increasing its assets beyond their 2017 level until it can adequately address its past missteps. Consequently, lending and deposit growth has lagged that by rivals Bank of America and JPMorgan.

Sloan’s critics and lawmakers have gotten their pound of flesh. It’s going to be interesting to see whether his successor will be able to meet their rapacious demands or last longer than Sloan’s 2.5 years.