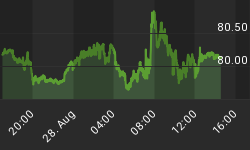 Nowadays, the travel industry never seems to catch a proper break. After enduring extended downtime last year and early this year due to global lockdowns associated with the Covid-19, airlines have been grappling with high fuel prices this year after jet fuel prices jumped nearly 60% Y/Y to $87.40/bbl.

Many airlines have been chasing customers with fare sales, but rising fuel costs is likely to soon change that.

Last month, Delta (NYSE:DAL) said that higher jet fuel prices would weigh on its bottom line while Frontier Airlines has forecast a fourth quarter loss on an adjusted basis due to higher fuel costs. Fuel cost is one of the biggest line items in an airline’s balance sheet, typically accounting for ~20-25% of operating expenses. The U.S. airline sector booked a staggering $35B in losses last year at the height of the pandemic due to travel restrictions.

Last month, the U.S. finally lifted pandemic travel restrictions that have barred many international visitors from visiting America. The reopening of the border comes with a new set of rules, but is being looked upon as aiding in the economic recovery. International visitors will be required to show proof of vaccination by a jab approved by the FDA or listed by the World Health Organization.

Airlines have been celebrating the latest development, with United Airlines (NASDAQ:UAL) saying it expects a 50% surge in international inbound passengers; Delta anticipated strong demand over the next few weeks, while American Airlines (NASDAQ:AAL) forecast international capacity for November and December to be more than double that of a year ago. Indeed, according to airfare-tracking site Hopper, international flight searches to the U.S. more than quadrupled since the Biden administration announced it would lift the restrictions back in September. Overall, U.S. carriers were expected to fly just 6% less in November and December compared with 2019, before the pandemic hit.

But suddenly, the Omicron variant is threatening to throw a spanner in the works, again.

"We've seen a little bit of a waver in the bookings," Nick Calio of the lobby Airlines for America said during an industry press briefing on Monday.

Airline and hotel stocks are selling off, again: shares of American Airlines (NYSE:AAL) fell 5% on Monday, as did cruise line Carnival Corporation (NYSE:CCL) while Marriott International (NYSE:MAR) dropped more than 4%. The ETFMG Travel Tech ETF (NYSEARCA:AWAY) is down 16.5% over the past 30 days; Defiance Hotel, Airline, and Cruise ETF (NYSEARCA:CRUZ) has lost 13.0% while SonicShares Airlines, Hotels, Cruise Lines ETF (NYSEARCA:TRYP) has declined 13.4%.

In a letter to UK Prime Minister Boris Johnson, the chief executives of Ryanair (NYSE:RYAAY), British Airways,  Virgin Atlantic, and easyJet have lamented that "haphazard and disproportionate" travel restrictions risk "permanent scarring" of the industry.

They're urging the government to scrap all emergency testing for fully vaccinated passengers.

At a press briefing last week, Willie Walsh, head of the International Air Transport Association, said that airlines bear the biggest brunt of the economic damage whenever new Covid-9 variants are discovered, pointing to "reductions in capacity following the new travel restrictions that were introduced recently."

"We cannot keep shutting down aviation and shutting down economies, when in reality, it's not providing any measures to restrict the transmission of the virus and more importantly, it's doing huge damage to the industry," Walsh said.

According to an assessment published last week by the UN's International Civil Aviation Organization, a massive drop-off in passengers due to lockdowns and travel restrictions during the pandemic has resulted in an unprecedented $700 billion in revenue losses for airlines.

And, many are likely to remain in a profit hole for years.

Billionaire Sir Richard Branson's Virgin Group and Delta Air Lines said Monday that they were pumping £400 million ($530 million) into the carrier, which doesn't expect to return to "sustainable profitability" until 2023.

While airlines are getting crushed by runaway fuel price inflation and travel restrictions, the energy sector could not be happier.

The Energy Select Sector SPDR ETF (NYSEARCA:XLE) has climbed 37.9% in the year-to-date, outperforming the broad market S&P 500 which has gained 23.0% over the timeframe, thanks to high oil and gas prices.

Meanwhile, Apple Inc. (NASDAQ:AAPL) is on the verge of becoming the first $3 trillion company thanks to robust sales of the new iPhone 13. AAPL closed Friday trading with a share price of $171.14 and a $2.9 trillion market cap. A share price $182.85 will see the company achieve the magical number of $3 trillion.

Apple was the first U.S. company to achieve a valuation of a trillion dollars, a feat it accomplished in August 2018. It then took the company just 12 months to hit $2 trillion but has taken a little longer to approach $3 trillion.