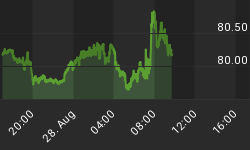 In December, stock prices plunged as investors panicked, so is now the prime time to start buying? Some strategists think so.

“We foresee opportunity with our key sentiment indicator implying a more than 97% change of the S&P 500 being higher in 12 months,” Levkovich said.

The Panic/Euphoria model measures investor sentiment using nine factors correlated with future stock price performance, and this is what it looks like right now: 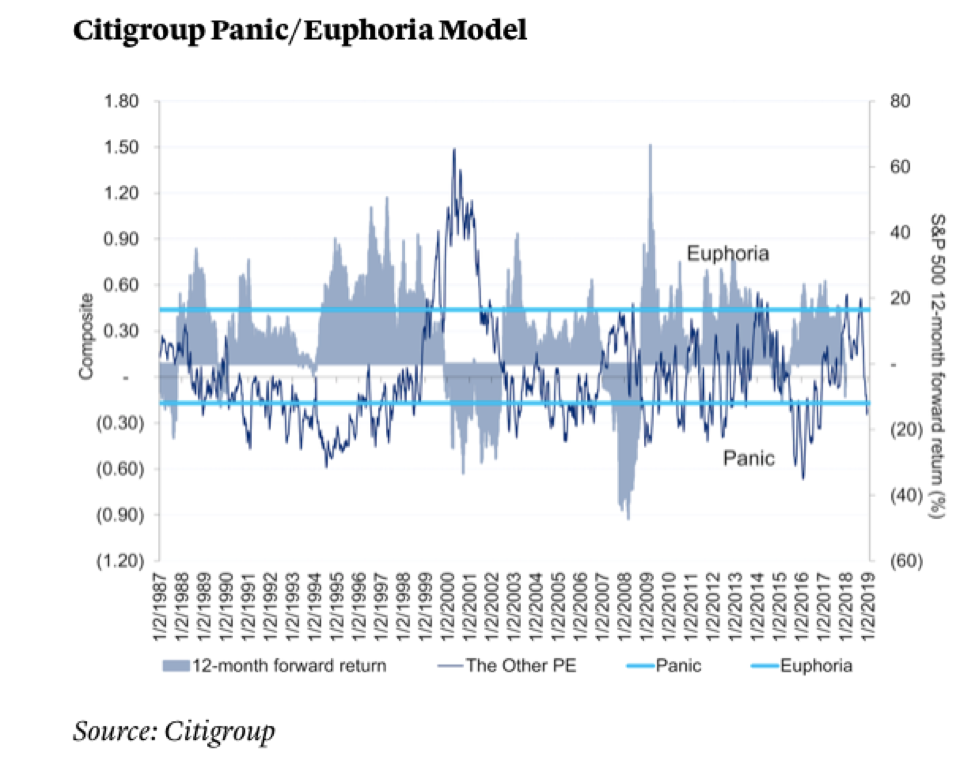 This would be the third time that the model has hit panic levels in the past few years, including in 2016 prior to the post-election rally and at the end of 2017.

Tracking the panic, the S&P 500 couldn’t be worse. For 2018, it saw its biggest one-year decline since 2008, its worst monthly performance since 2009 and its biggest December drop since 1931, according to CNBC. Panic it is, indeed.

So, is it time to play the panic?

A line-up of strategists think so. Related: Paying For Populism In 2019

Forbes, via the ETFChannel, is calculating the risk, predicting that the S&P 500 could rise 24 percent—which would mean that buying on the panic could lead to euphoria.

Citi, and others, ended up shaving down their 2019 price targets for the S&P 500, with city downgrading from 3,100 to 2,850 amid a “buyer’s strike”, but Levkovich told CNBC that “valuation is now indicative of 16%-like upside opportunity and sentiment has declined into panic”.

But don’t panic buy, just buy on the panic. Those are two very different things. The market is bad, and bad is sometimes good.

“If you are young and investing, this market disruption is great for you. Since hopefully you are buying stocks in your 401(k) or IRA, then the best market for you is a lousy one,” writes Ross Levin—CEO and founder of Accredited Investors Wealth Management--for the Star Tribune.

“Why? Because you keep getting to buy at low prices. In fact, if you are in your late 20s, you would love the market to stink for the next several years so you can build cheap positions and then sell when it inevitably recovers. Stocks are calling when the market is falling. So not only should you not panic, you should step up your investing.”