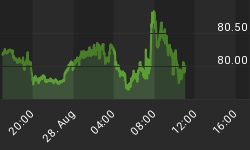 Asian markets closed lower on Thursday, with China in negative territory despite Trump’s walk-back of restrictions on Chinese investment in U.S. companies yesterday.

At this point, Trump’s abrupt announcements of sweeping policy (even when “positive”) are gradually losing their ability revive markets, which have grown increasingly gun-shy under a schizophrenic administration.

The Tokyo Nikkei was largely unchanged, while Seoul’s Kospi closed at a 1.19-percent loss and Chinese markets, which had early pared some losses, closed back in negative territory. Only Hong Kong’s Hang Seng Index was up slightly. 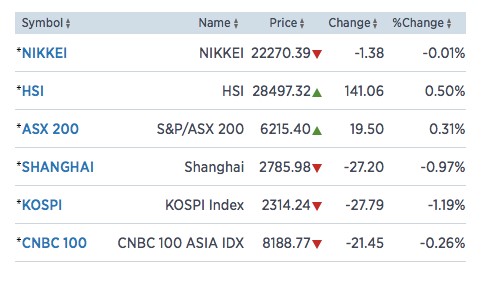 Originally, the Trump administration was due to announce new curbs on Chinese investment by the end of this week in a stated attempt to prevent state-owned Chinese companies from getting their hands on U.S. technology.

Then, on Wednesday, Trump ditched his plan to impose new limits on foreign investment in American technology companies. While this was largely meant to target China, fears were high that it would end up being a global gambit of massive consequences.

The new plan (of the day) is to give a government panel more power and control over foreign transactions.

U.S. stock markets had seen a bit of a boost an opening Wednesday after an administration official hinted vaguely that the restrictions wouldn’t be a tough as they sounded. But by the afternoon, they were trading down again. Related: Brexit’s $34 Trillion Problem

The Dow was trading down early Thursday: 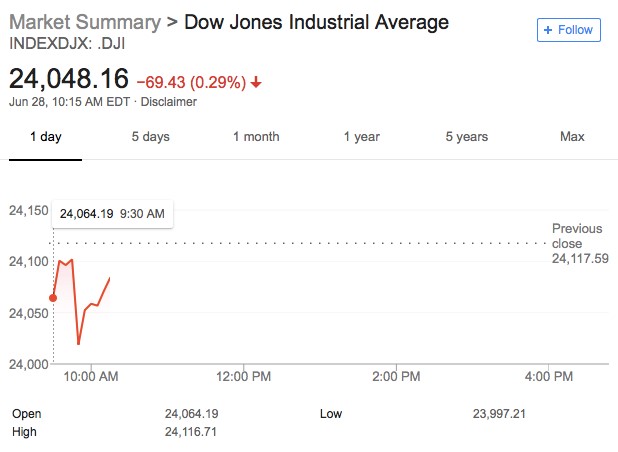 And so was Nasdaq: 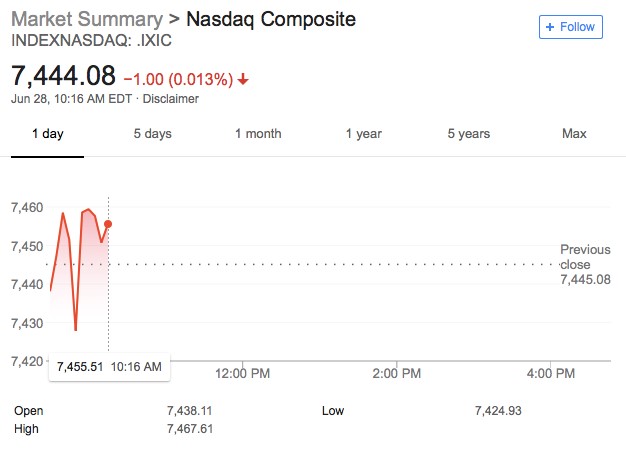 So, Trump’s apparent backing-down on China is raising optimism, but nothing else.

Markets are not excited: This move isn’t enough to suggest that the trade war will come to an end.

The new plan concerns the CFIUS (Committee on Foreign Investment in the United States), which is led by Steven Mnuchin, the Treasury Secretary. What might make markets even more nervous is that this body covers the entire world, and if empowered, it would be able to determine the fate of investments on case-by-case basis.

Some analysts feel this is a much smarter move that blanket restrictions on foreign investments in U.S. technology companies.

“Defining technology that is ‘off limits’ is an exceedingly difficult talks,” Christopher Brewster of the CFIUS, told ABC News, describing the new plan as “good common sense”.

Trump seems more worried about whether his voters will think he’s being soft on China now.

But no administration has ever threatened and back-tracked on such a level in history, and it seems to have become an accepted reality.

At the end of the day, even Trump realized in a roundabout way that going to war with China on this level would do the U.S. economy no favors, with an estimated 2.6 million U.S. jobs dependent in one way or another on this trade relationship, according to Oxford Economics. And upsetting a major source of capital for American companies isn’t timely. That can only come after new sources of capital are secured. 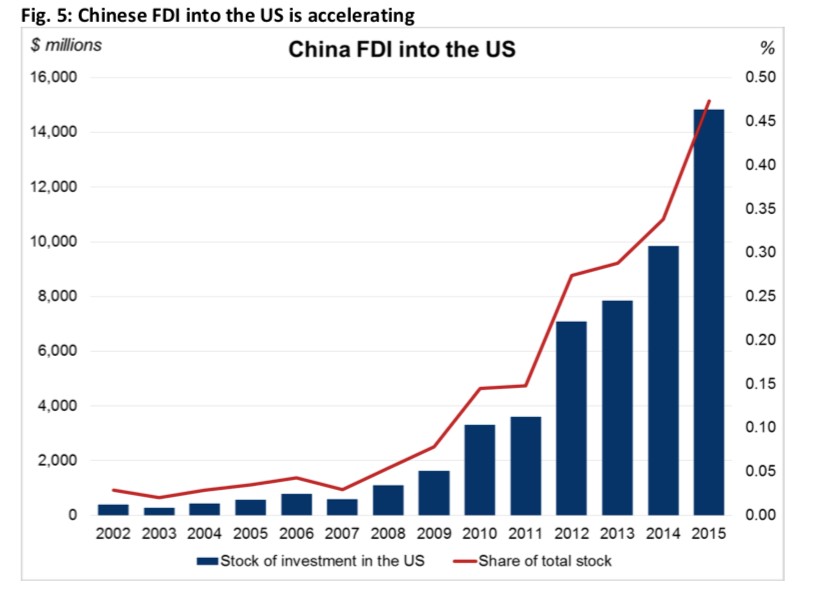 Financial markets are not happy about the aggression, and feel that these disputes have escalated into the danger zone and are negatively impacting U.S. company stocks.

"With EU retaliatory tariffs already pushing companies like Harley Davidson toward plant closures, more aggressive actions toward already antagonized nations risk increasing negative impacts to U.S. firms," Height Capital's Allen wrote, as reported by CBSNews. "This will likely restrict the application of any finalized investment restriction mainly to China, which serves both to limit collateral damage and to address the primary concern of the defense and intelligence communities."

Which brings us back around to the million-dollar question: Does anyone want Mnuchin dictating investment deals? U.S. tech companies may be slightly relieved over the Wednesday back-track, but if they’re more optimistic now, it’s only cautiously so.