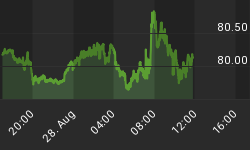 Since Amazon CEO Jeff Bezos, the richest man in the world, announced last month that his Blue Origin company planned to start test flights with passengers very soon, with tickets going on sale next year. All the talk has been about price--and all the blowback has been about economic feasibility.

According to Reuters, Blue Origin now plans to charge passengers between $200,000 and $300,000 for its first trips into space, though Bezos hasn’t confirmed that independently.

And it’s easy to say that the ticket prices don’t really matter. After all, only the ultra-wealthy would have any designs of going on this expensive space ride. But wealthy or not, there still has to be enough demand for Blue Origin to turn a cosmic profit.

Everything’s more expensive at the launch, one might argue, and prices are bound to return to Earth.

Not everyone agrees with that sentiment, though. Teal Group aerospace analyst Marco Caceres told Reuters that each flight will cost Blue Origin up to $10 million, and they’re only taking six passengers per trip. So, if tickets go on sale for $200,000—those six passengers are getting a great deal.

Any way you slice it, that’s a massive loss that Bezos would have to subsidize himself.

In the meantime, if you haven’t seen the brochure, this is what $200,000 will buy you: Passengers will fly more than 62 miles above Earth, destination, suborbital space, complete with the amenities of weightlessness and a stellar view—for a few minutes. The return trip will be capsules and parachutes, and the entire voyage will last between an hour-and-a-half and two hours. Related: Chinese Police Bust $1.5B Crypto Gambling Scheme

The first passengers, though, are set to be employees of Blue Origin, according to Reuters.

Economically feasible or not, Bezos wants to make civilian space flight a niche in the “global space economy”, and he wants Blue Origin—which already has satellite services and government exploration projects worth over $300 billion a year—to lead the way.

He’s got a $150.1 billion net worth and the Buzz Aldrin Space Exploration award, but the first would run out pretty quickly at $10-million a flight, and the second is only wall decoration.

He’s also got some competition, namely from Richard Branson’s Virgin Galactic, which has already sold some 650 tickets at $250,000 for its own space voyages. And then there’s Elon Musk, who wants to colonize Mars.

So, there’s more pressure on price that one might think, and Virgin Galactic is also claiming it will start its space flights soon.

The first space tourists in 2000 went to the International Space Station (ISS), and they traveled 250 miles for tens of millions of dollars.

But the problem here is that no one can see the market—just like they couldn’t predict the rise of the Internet in its early days. That is precisely the Blue Origin gamble. Bezos is willing to subsidize it to some extent, vowing to sell $1 billion in Amazon stock every year to help Blue Origin be the first to commercialize space flight.