Gold has just gone through one of its worst sell-offs in recent memory, with prices down to a nearly six-month low after the Fed hiked short-term bench rates about a week ago. Spot gold is down nearly four percent since the FOMC meeting, to $1274.60, its lowest level since December 22.

The momentum selling has largely been technical, and has also triggered by a strengthening dollar as well as a less supportive macro environment.

The dollar has climbed sharply since the rate hike, something that has been outweighing all the other bullish factors for gold. The dollar has touched its highest since July 2017 as president Trump threatened to slap a 10 percent tariff on $200 billion in Chinese goods. 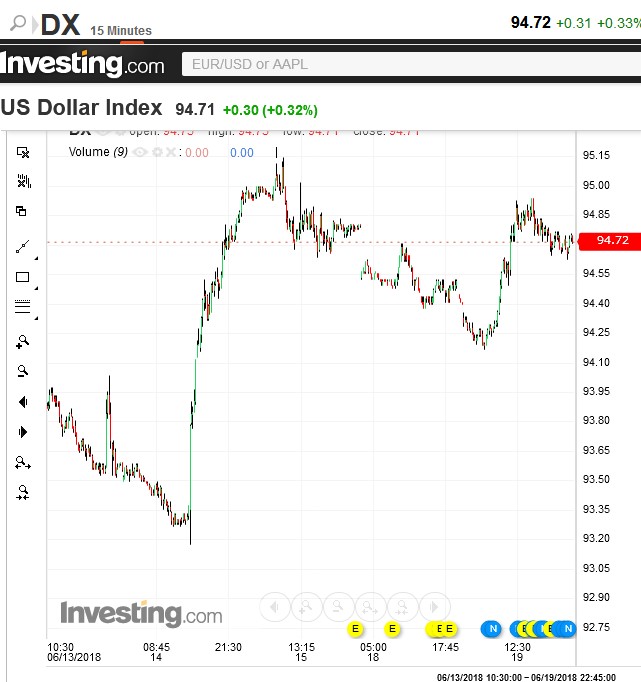 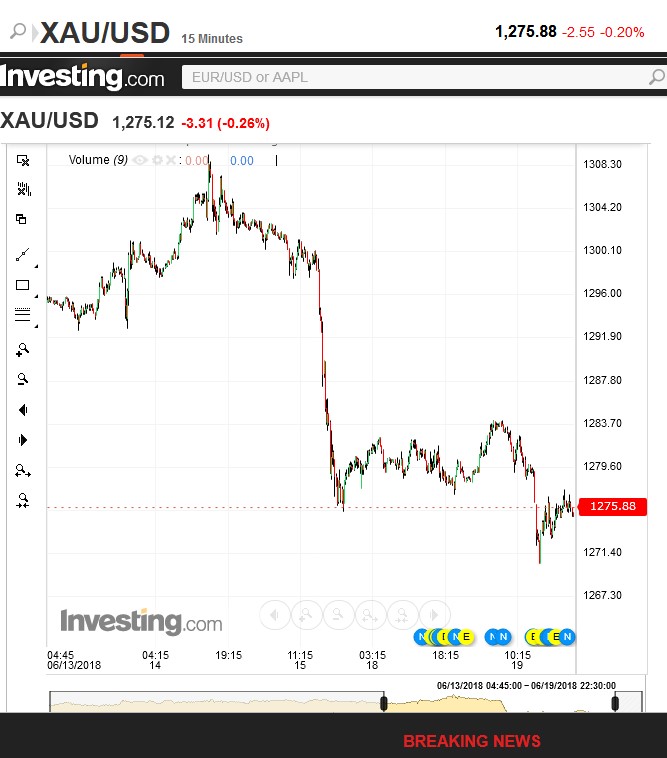 Gold bugs are no doubt be feeling a little under the weather after that capitulation.

While the impact of a stronger dollar is likely to continue weighing on gold in the near-term, there are four reasons for long-term gold bulls to remain bullish.

On the technical side of gold, Fibonacci support is at $1,267.10, a level that gold is yet to breach while resistance is at $1,301.40. Prior to the sell-off, gold had been trading below its 200-day moving average of $1,307, which increased the chances of a downward move. Related: How Chinese Investors Could Send The Tech Boom Into Overdrive

The last major downtrend was a flush-out on Friday that seemed to have been caused by the current lull in the political arena. But the market seems to be largely ignoring the real political risks in Germany.

There's a strong likelihood that the immigration showdown between chancellor Angela Merkel's conservative allies and the Christian Social Union could soon escalate. Immigration is a highly sensitive subject and a lack of consensus could even lead to a split in the government. Gold prices are likely to respond positively to such an outcome.

At the conclusion of FOMC's two-day meeting, the so-called dot plot of individual members' expectations telegraphed a fourth rate hike to come in December. But apparently the market did not get the memo, or it simply doesn't see that turning into a reality.

A more hawkish tilt by the Fed would normally trigger a move in fed funds futures market--one where contracts for the central bank's benchmark rate are traded. But since the announcement, the response from the market has been minimal. In fact, traders are implying a mere 55-percent chance that the Fed will follow up on its promise for a fourth hike this year.

There are a couple of reasons why the market is not buying into the Fed's hawkishness, including the fact that its global counterparts largely remain dovish and also due to the fact that such a move could invert the government bond yield curve and signal a recession--a dangerous scenario.

The other reason simply has to do with the Fed's actions during the post-FOMC meeting where it announced a mere five basis-point hike in Fed fund rates for excess reserves. This essentially means that the central bank is trying to incentivize commercial banks to lend more money to the economy. This is likely to increase money supply, pull down the dollar and push up gold.

The last reason on this list could actually be the most important: Bullish sentiment in the gold market has been increasing.

You can gather as much by looking at the Hulbert Gold Newsletter Sentiment Index, the gold proxy for CNN's famous Fear and Greed indicator for stock markets.

The HGNSI reading has been on an upward trend in recent weeks, a bullish indicator. With such a backdrop, gold is likely to respond strongly to drivers such as trade war threats as well as political turmoil. 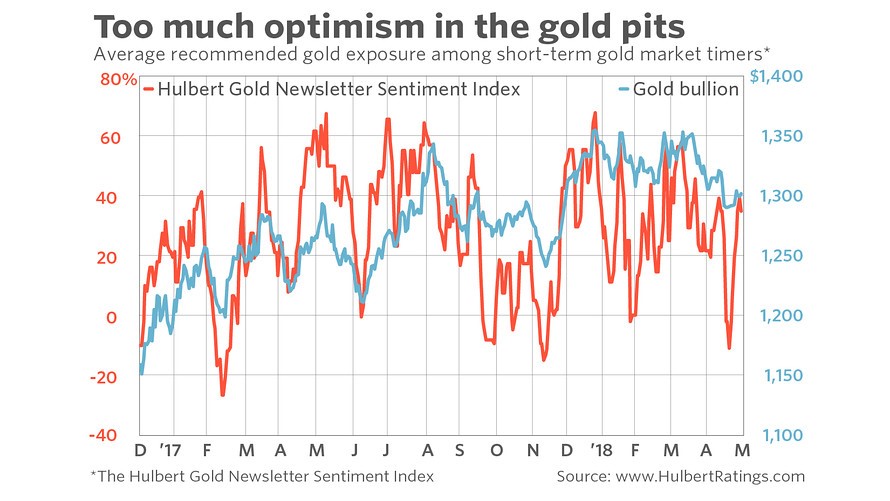