Former British statesman Sir Winston Churchill once admonished to never allow a good crisis go to waste. Today’s crisis is escalating at an impressive rate and gold is, unsurprisingly, making the most of it.

Gold, a commodity widely regarded as a leading safe haven asset, is enjoying one of its most impressive rallies this year thanks to a trade war that’s rapidly deteriorating.

August gold futures (GCQ19) have gained 3.2 percent over the past five days to trade at $1,331.20 at 3.15 pm EDT Monday, a level they last touched more than three months ago. The contract climbed $20.20 per ounce on Monday’s session alone, one of its biggest one-day gains so far in the year. 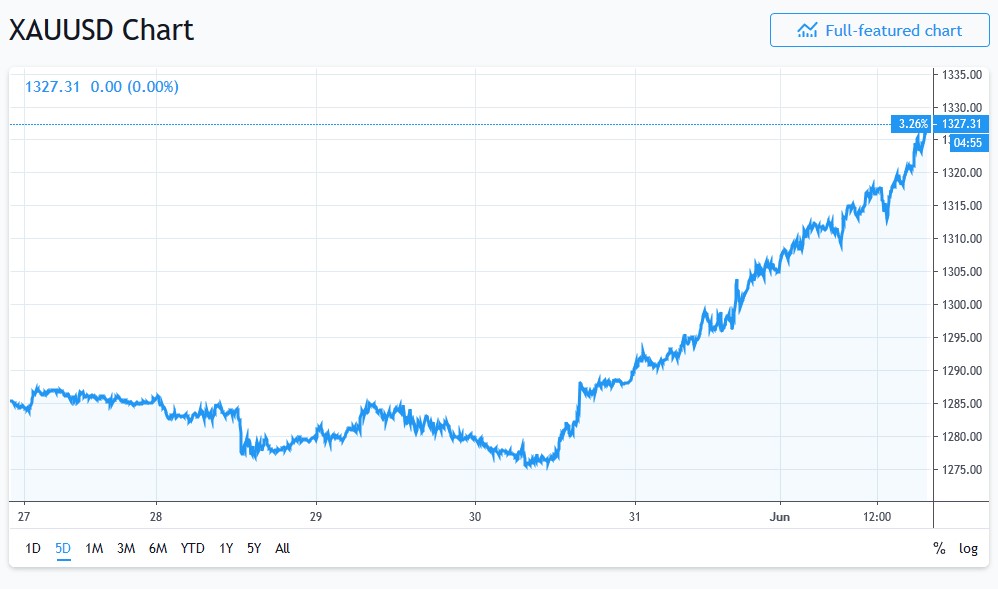 Gold bullion and futures have been rallying since Friday after Mexico became the latest victim in Washington’s seemingly endless list of standoffs with leading trade partners.

On Friday, President Trump threatened to slap a five percent tariff on all Mexican exports and escalate it to 25 percent over the coming months if Mexico does not address illegal immigration at its northern border which has reached decade-high levels this year.

Mexico, Canada and the EU have all vowed to retaliate for newly announced U.S. tariffs. Related: What To Expect As Driving Season Kicks Off

The multi-faceted war received fresh impetus on Sunday after Chinese defense minister, General Wei Fenghe, refused to back down vowing to “…fight till the end…”, thus fueling fears that this could turn out to be a much longer-drawn out affair than earlier thought. As if that was not bad enough, Chinese state media has announced a government investigation into courier services company FedEx for allegedly “…damaging rights of Chinese clients…”

About a month ago, we were incredulous that gold punters were being so indifferent to Trump’s renewed trade war threats. Well, the market appears to have finally come to its senses and is giving the yellow metal the respect it deserves at times like these.

The unfolding trade tensions could provide the much-needed spark that sets this overdue gold rally on fire. In a macro update last week, Scotiabank’s commodity strategist Nicky Shiels enthused that a much bigger rally could be coming when the market properly internalizes a “no-deal scenario”.

“The widening cold war accelerated with a ‘no trade deal’ now the base case, after Huawei was blacklisted, tariffs were upped and China [continues to retaliate] with weaponizing rare earths; we are in a sustained global economic ‘us’ vs ‘them’ war (see Copper note which goes into more detail) with dire implications for both global growth (now) and inflation (later),” he said.

Until recently, traders have been working on the assumption that the U.S. and China would amicably settle their differences sooner rather than later. Yet, the latest developments actually point to a worsening situation with Trump’s administration now taking on the EU and Mexico as well. Related: Amazon Set To Leave Many Of Its Long-Time Vendors

Scotiabank points out that the current trajectory of trade tensions could seriously impact growth and inflation, weakening the dollar and triggering an equity selloff. This appears to be happening as we speak with both the American currency and S&P 500 losing ground over the past couple of weeks. 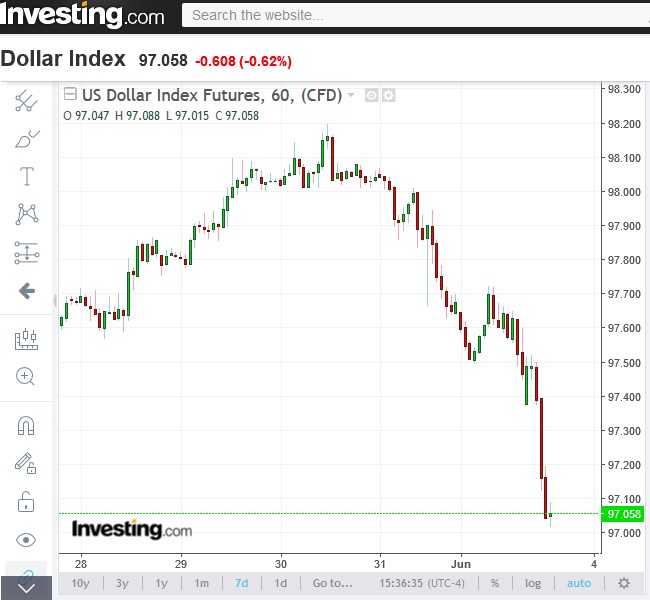 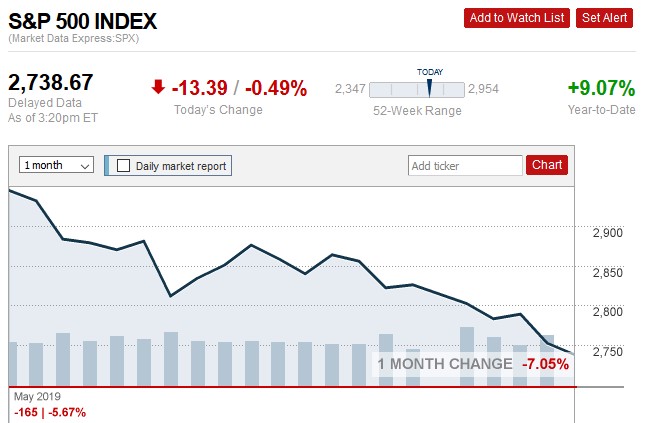 Not everybody is sold on the bullish thesis, though, with some traders opining that this could yet be another sucker rally (we’ve already had more than our fair share this year). Sunshine Profit’s Przemyslaw Radomski has argued that the move above long-time resistance of $1,300 could have exhausted the bullish momentum noting that geopolitical events only tend to trigger short-lived rallies since some decisions can be reversed.

Ultra-bulls can only hope that Trump sticks to his guns this time around.